Share a memory
Obituary & Services
Tribute Wall
Read more about the life story of Wayne and share your memory.

Wayne E. Wolf, 85, died peacefully on January 7th, 2023, 4:21 pm at Gardenview Manor, Danville, Il. He was born to August and Elizabeth (Myers) Wolf, in Mt Pulaski, Illinois and grew up in Altamont, Illinois. He was big brother (first born) of eight siblings. He married Jacquelyn Stephens on July 6th, 1974 and they had one child, Kimberly, born in 1976.

In his professional life he was a truck driver for Curry Trucking Co., for many years and later Illinois Concrete Co Inc., hauling the bricks that built many of the buildings in Champaign County. Wayne had several hobbies including being a member and President of the Chamco Sam’s camping club for several years. He was president of the Massey Harris tractor club of central Illinois and restored three Massey Harris tractors of his own. He knew everything and more about fixing cars and trucks and was often asked by friends and family for his help. He was a proud Lutheran and devout member of his church, New Beginnings in Mahomet, Illinois, where he served as greeter on Sunday mornings. He never met a stranger and was often found at the coffee drinkers table at the local Hen House in Mahomet where folks ask, how is Wolfie doing.

Messages and memories for the family may be left on the Kruger Coan Pape Facebook page or on their website at www.krugercoanpape.com. In lieu of flowers please make a donation to Dogs for the Deaf in Wayne’s memory.

To send flowers to the family or plant a tree in memory of Wayne E Wolf, please visit our floral store. 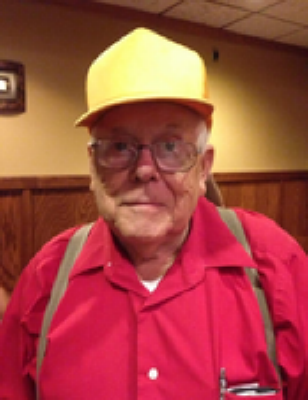 Look inside to read what others
have shared
Family and friends are coming together online to create a special keepsake. Every memory left on the online obituary will be automatically included in the book.

Look inside to read what others have shared

Family and friends are coming together online to create a special keepsake. Every memory left on the online obituary will be automatically included in the book.

You can still show your support by sending flowers directly to the family, or by planting a memorial tree in the memory of Wayne E Wolf